Sons of The American Legion, Squadron 113 will meet in person at the Veterans Memorial Building, 22 W. Broadway, Meridian at 1900. All members and prospective members are invited and encouraged to attend. 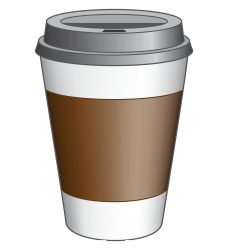 Lloyd’s Koffee Klatch — The name belies what this new activity is all about. This is an event suggested by David Richey. We will open up the Post to any and all veterans for the morning to enjoy coffee, doughnuts, and great comradery. It’s named after Lloyd E. Hutcheson, the same person our Post is named after. The event will start at 9:00 AM and continue until 11:30 AM (or so). David intends to invite vets from across the valley including those active duty people at Gowen Field. Always looking for help, if you would like to join in, or just come for coffee, contact Dave at: westpac65@sonic.net.

Past Detachment Command Jack Youngs (Lt) presents the SAL Citation of Achievement signed by SAL National Commander “Doc” Gibbs and the American Legion National Commander to Squadron Commander Matt Wrobel (Rt). The citation is in recognition of surpassing the enrollment recorded by the Squadron during the preceding year. 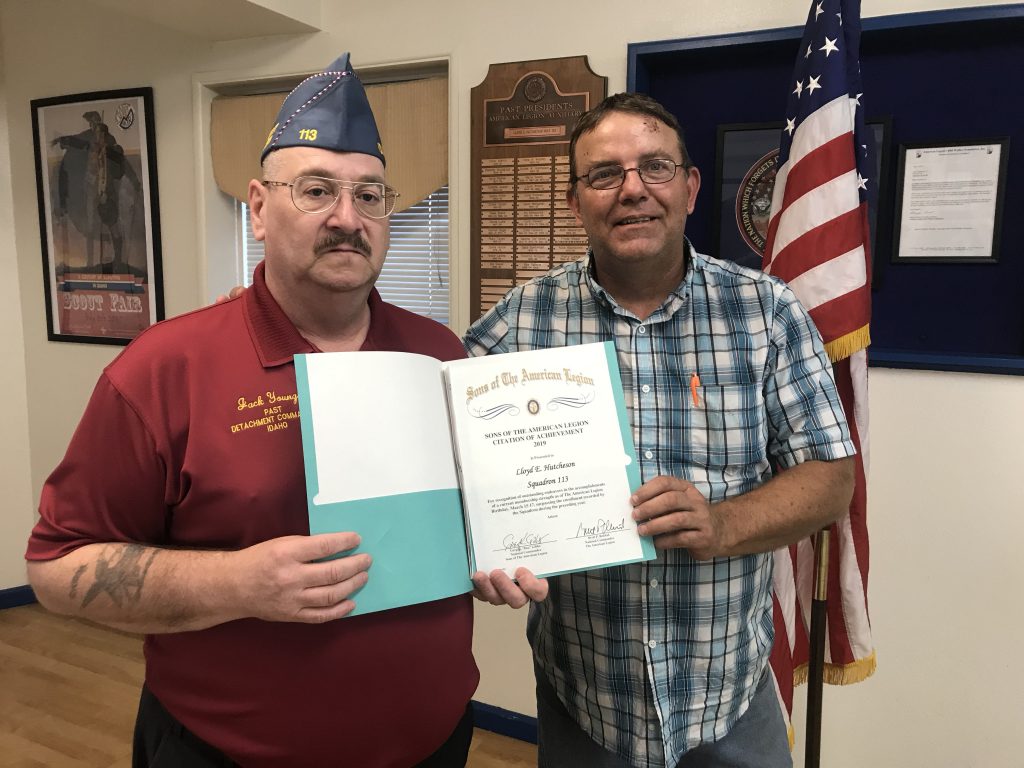 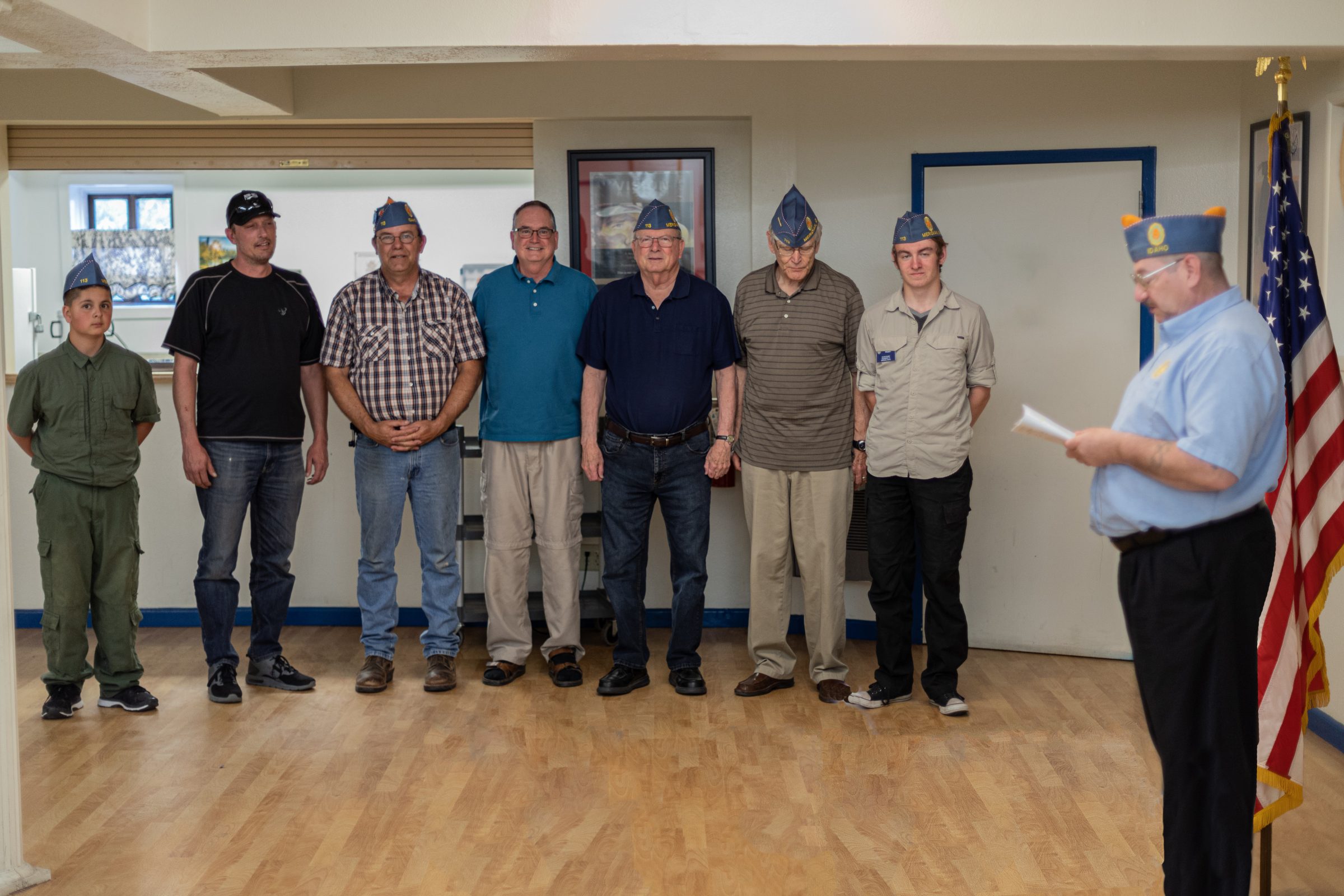 Several Squadron 113 members visited the Military Museum at Gowen Field. Second Vice Commander Rich Dees lead the tour of military hardware dating from the Civil War to present. Although Vice Commander Dees told us he had had the opportunity to fire the Civil War cannon that was on displayr, he did not actually fire it during the war. 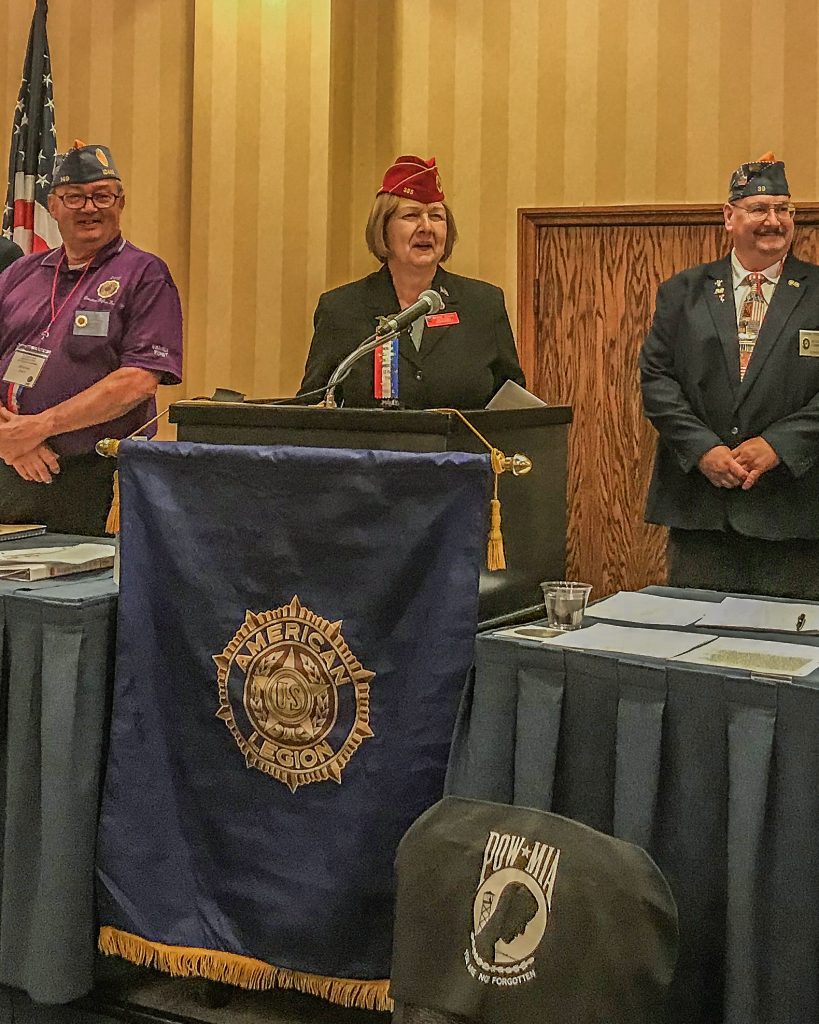