The 2020 Department of Idaho Oratorical Competition was held at the Meridian City Hall on February 22. Competitors each gave an eight to ten minute speech about the Constitution of the United States of American and a three to five minute speech on the 12th Amendment to the Constitution. The 12th Amendment establishes the Electoral College. All of the speeches were outstanding, and the judging was extremely difficult. The winner of the Department competition will go on to the National American Legion Oratorical Competition to be held at The American Legion National Headquarters in Indianapolis, Indiana in April. The winner of the Nation competition will receive a $20,000 college scholarship. 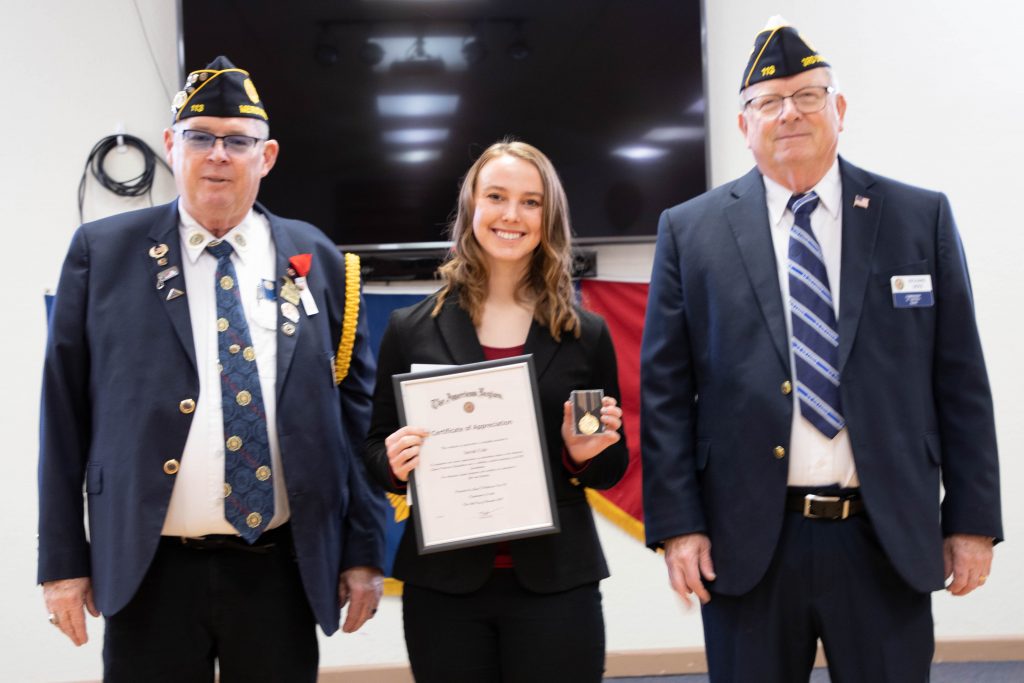 The next round of competition will be held at the Veterans Memorial Building, 22 W Broadway, Meridian on November 30. The public is invited to attend and support our youth. Participants are competing for a $20,000 American Legion Oratorical Competition Scholarship.