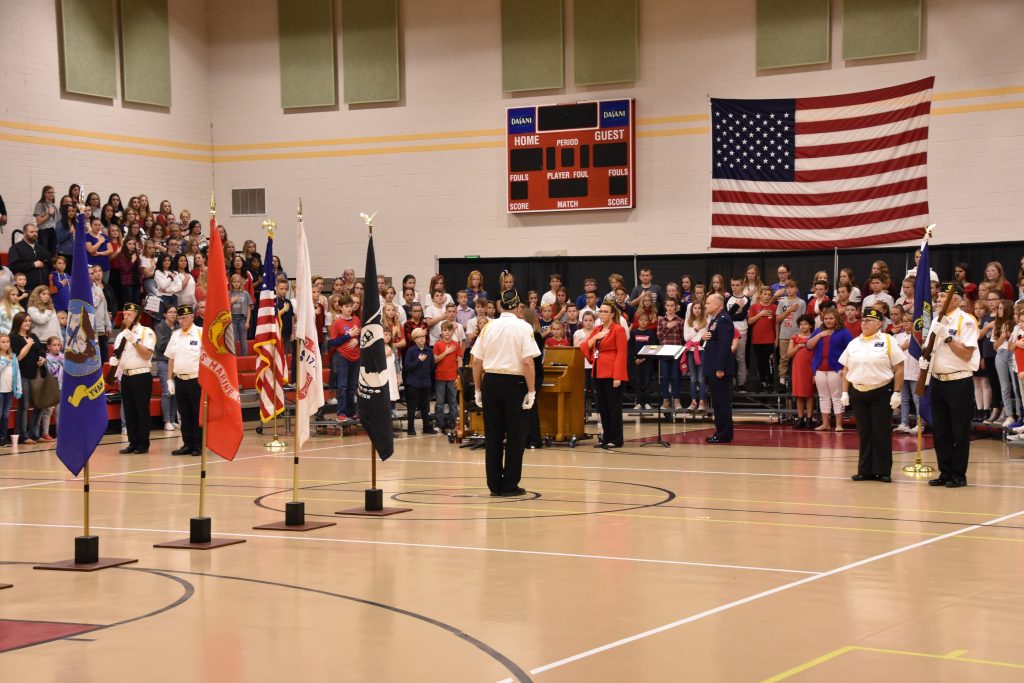 The Post 113 Honor Guard Posted and Retrieved the five Branch flags and POW/MIA flag at the Sawtooth Middle School First Choir Concert October 15, 2019. The event was in appreciation of Veterans. The first concert was led by Jessica Hull, Choir Director. 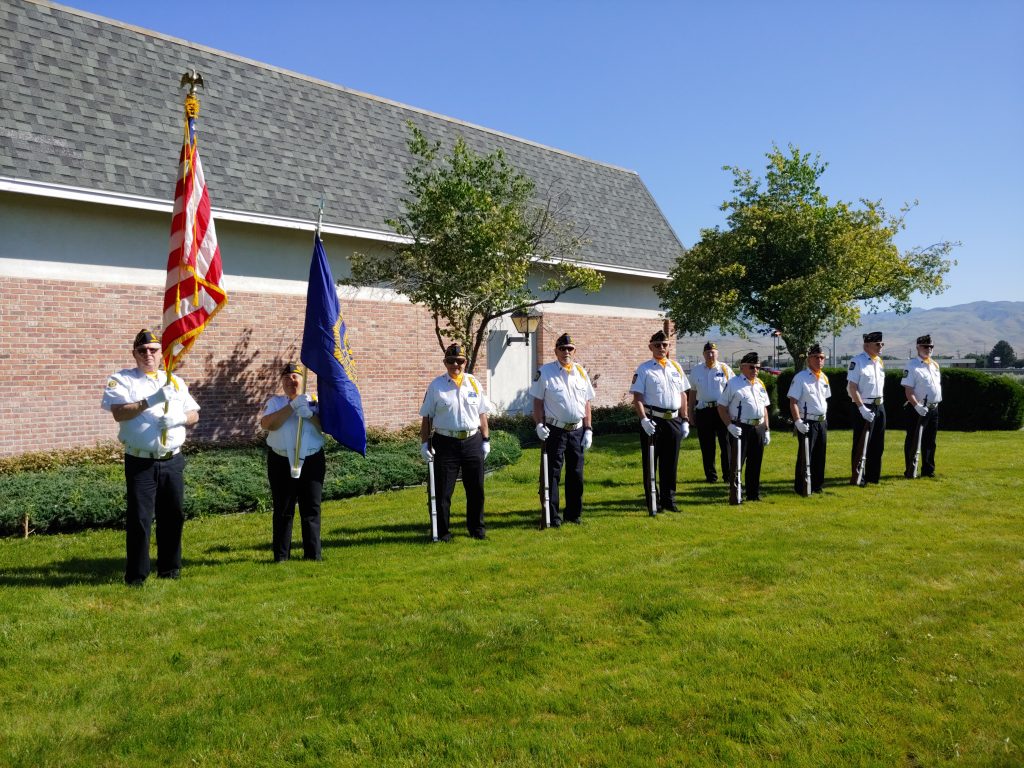 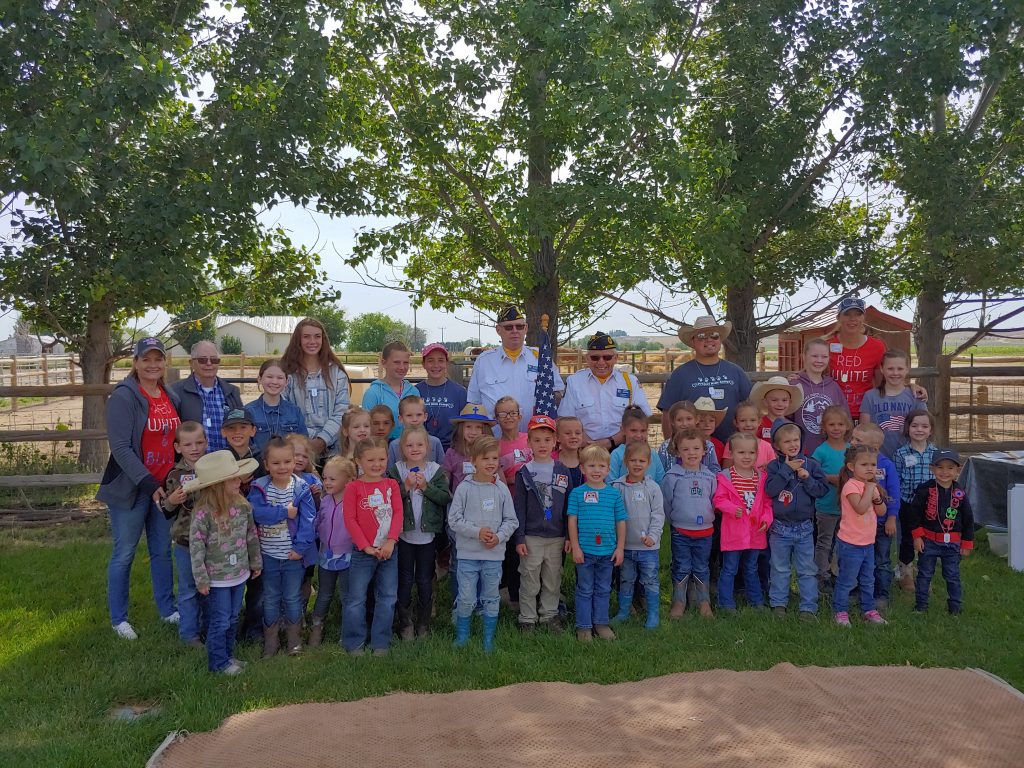 Post 113 Commander Steve North and Honor Guardsman Mark Grothe gave a presentation about the American Flag and the American Legion Honor Guard to a group of 5-8 year old children at the Heart 2 Heart Ranch in Parma, Idaho. Fun was had by all, and the children asked some very good questions.

Heart 2 Heart Ranch provides youth of all backgrounds and abilities the opportunity to acquire vital life skills. They enhance confidence and abilities of youth through animal bonding and riding opportunities. The goal of the ranch is to improve the quality of the community through affecting its youngest members in a positive manner.

The Honor Guard participated in the National Day of Prayer at the State House  in Boise. 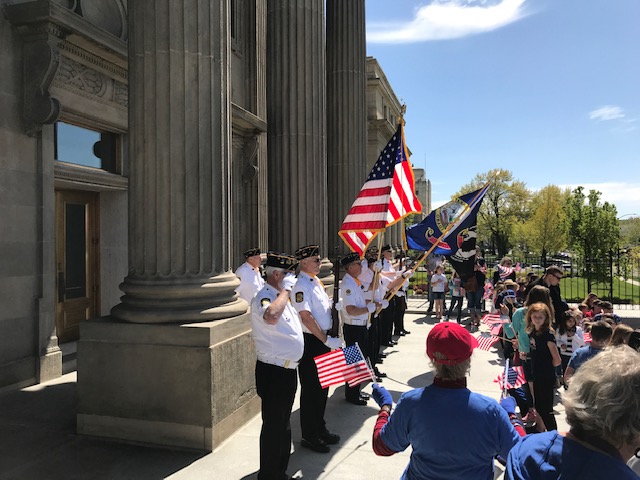 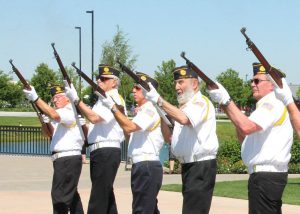 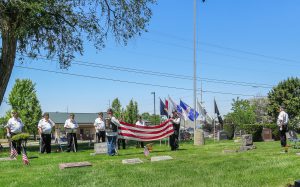 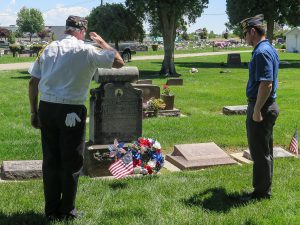 2nd Vice Commander Doug Hanks and State Representative James Holtzclaw performed the Wreath Laying Ceremony at the grave of Lloyd E. Hutcheson. Lloyd E. Hutcheson was killed in action in France during World War I. He is the namesake of Post 113. 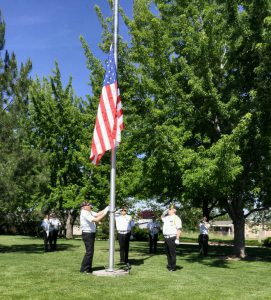