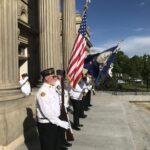 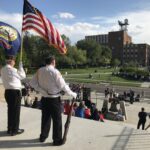 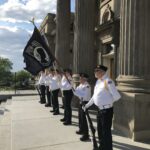 Post 113 Second Vice Commander, Maj. Richard Dees, USAF (Ret), swears in granddaughter, MSgt. LeaAnna Dees-Kelley, for her final enlistment in the United States Air Force. MSgt Dees-Kelley is a fourteen year veteran and is currently stationed at Minot AFB, North Dakota. Rich has had the honor and privilege of administering LeaAnna’s initial and all subsequent enlistment oaths. Our congratulations go out to LeaAnna. Well done. Your family and Post 113 are very proud of you. 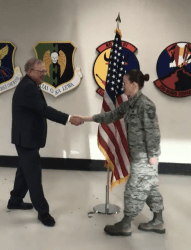 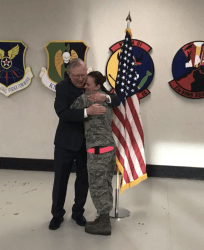 October 27, 2018, Post 113 hosted the Fall District 3 meeting. Members and leadership from the District 3 posts, auxiliary, and SAL were well represented. 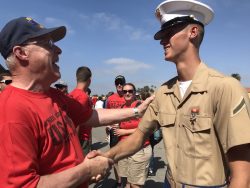 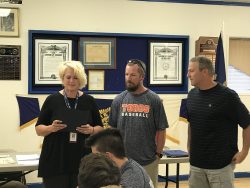 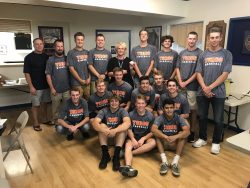 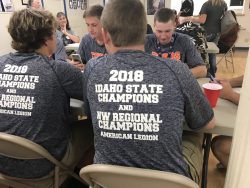 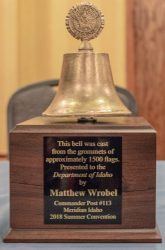 Matthew Wrobel realized that many of the grommets attached to U.S. flags were made of brass. After retiring nearly 3,000 flags in less than two years, Wrobel had 22 pounds of brass and an idea.

He had a bell cast from the grommets and presented it to Department of Idaho leadership during its 100th convention.

“It was very emotional to see my idea come to life. But the greatest gift I was given in this was hearing the bell ring when the gavel struck it,” said Wrobel, Department of Idaho membership chairman and commander of Post 113 in Meridian. “My heart filled with pride and my eyes filled with tears of joy to see something so beautiful rise from the ashes of our flag disposals.”

Another bell was cast from the remaining grommets and given to Wrobel by the company in Indiana who made it.

“Every time I look across my living room and see the bell it gives me goosebumps. It also brings memories of the different flag disposals that we performed to collect the material to create it,” Wrobel said. 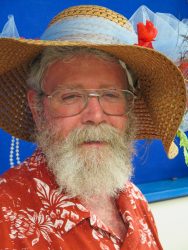 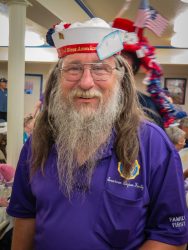 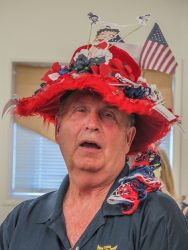 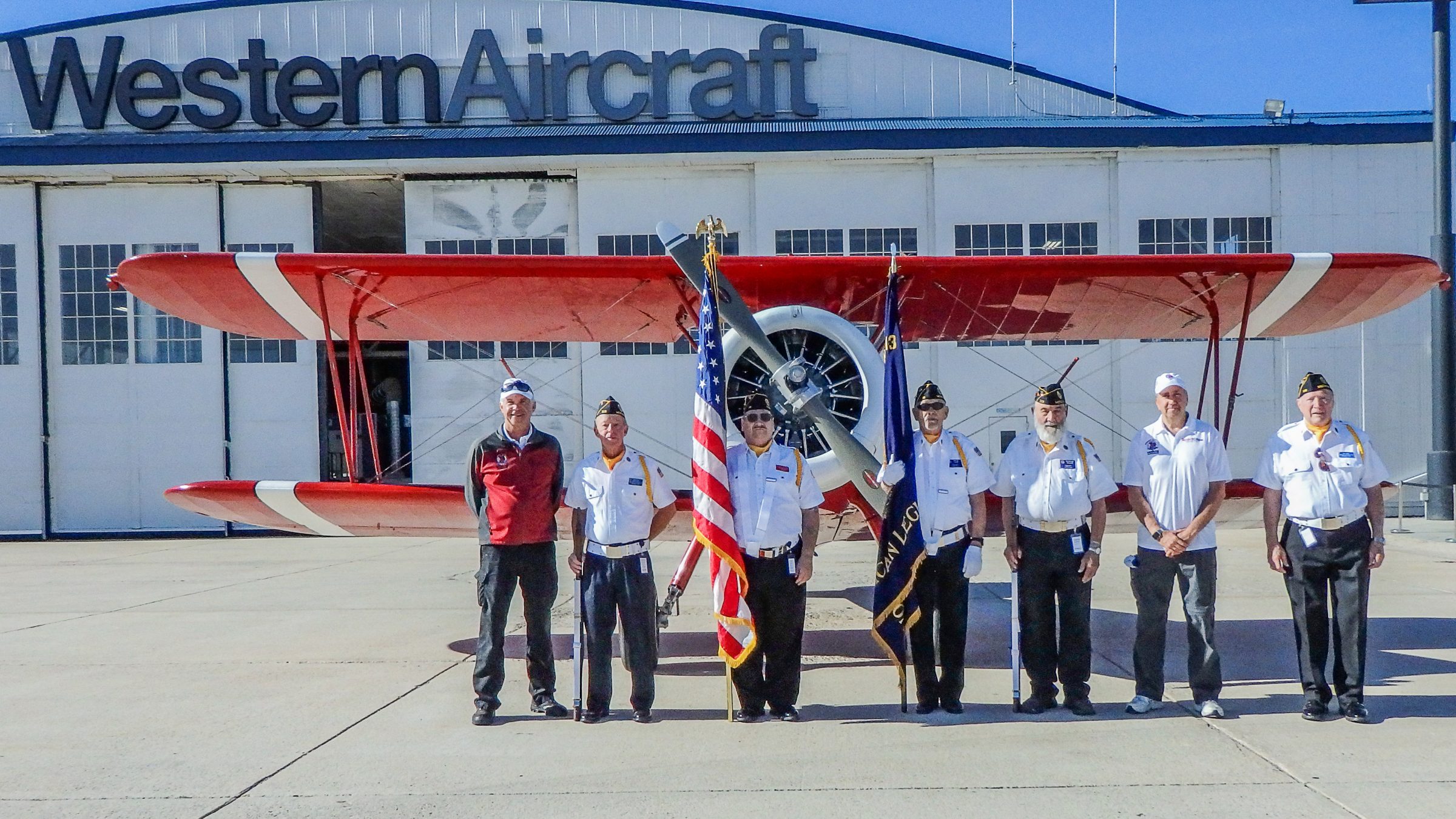 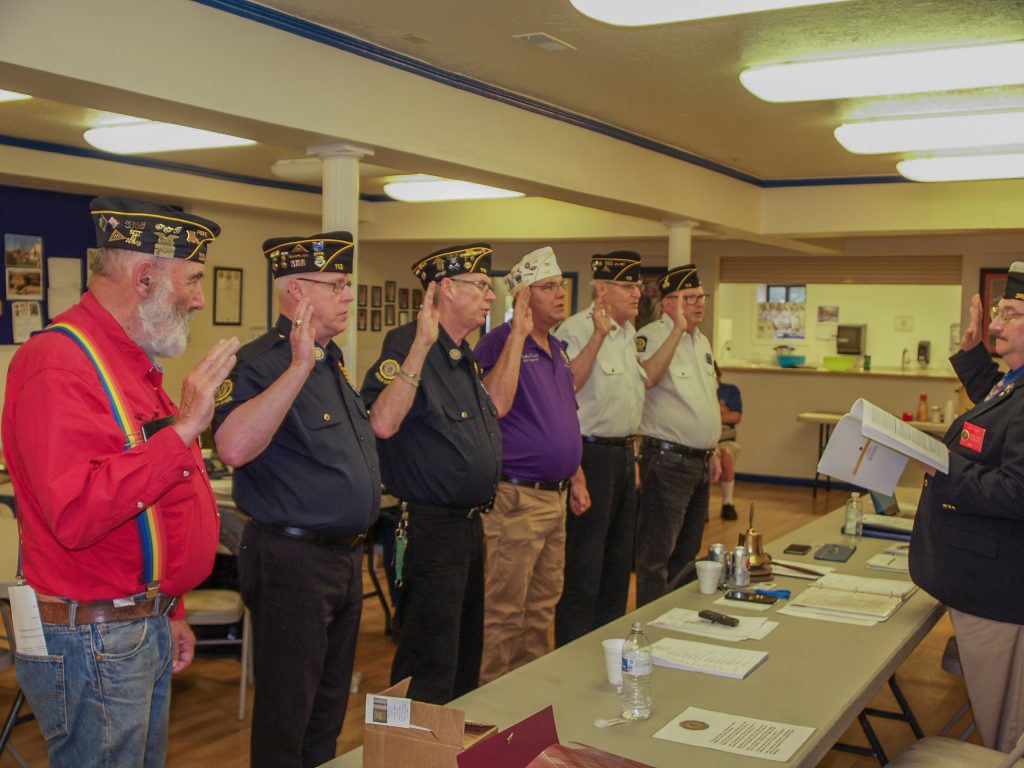 At the regular post meeting, the 2018-2019 officers were sworn in by District Commander Jack Youngs (Rt). 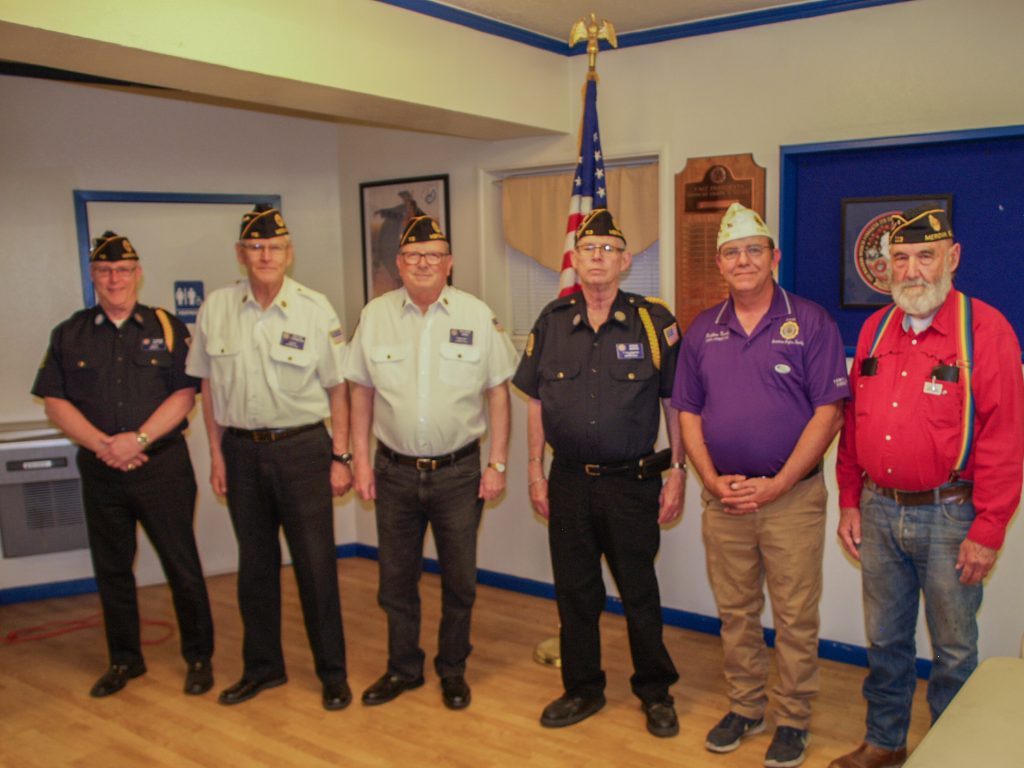 Do the Right Luncheon

The City of Meridian, with the help of many partners, hosts an annual community event called Do The Right Day, held every April. The goal of the day is to encourage people of all ages to do something nice for the person to their right; whether it’s helping a neighbor, giving a classmate a nice note, or buying coffee for a coworker. It is one day intended to start a movement of compassion.

Mayor Tammy de Weerd and the city of Meridian presented a Do the Right luncheon to members of Post 113. Food was graciously provided by The Curb.